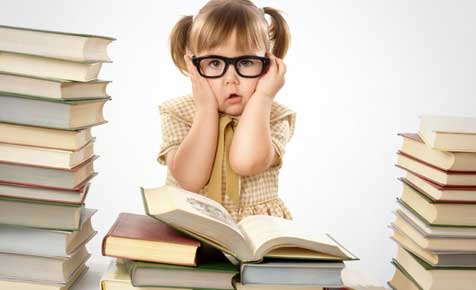 In first grade, I was taught how to recognize words and then read them in short sentences. There were three distinct reading groups, and I was fortunate to be a Cardinal because I caught on to reading sentences quickly.  We all had a chance to rehearse reading from a book that the teacher gave us. If we read it rapidly without making a mistake we were called Cardinals, if we took a long time, but got most of the words right we were called Blue Jays. If we stuttered or got stuck on words the teacher would just say, “…okay stop, that’s enough – you’re a robin.”

The Bluebirds were not far behind the Cardinals, but the robins never seemed to catch up by the end of the year.  On one hand, I felt proud to be a Cardinal and on the other, I felt sorry for those poor little robins that seemed to look so defeated, frequently stumbling over the words.  I wondered how long they would remain a robin and if they ever had a chance to become a Blue Jay or Cardinal. A few unkind children in the class gave the robins another name, “the dumb kids” and that description followed many of them throughout their school years.

Why do I still remember these details after 56 years? I am convinced this is an example of school gone wrong. What is so incredibly sad, is that it still happens today. The bird names have given way to more “updated and relevant” descriptors, but children are still grouped by ability for ease of lesson delivery. Textbooks, assessments, and worksheets all feed into this phenomenon with regularity and by design. By the way, the children know what their labels mean even if those labels seem non-evaluative.

Why is it so important to quantify the level of achievement for something as basic as learning to read when we know that it happens at different times for different children? Why do we feel so compelled to pronounce degrees of performance in the learning arena of school? Why do we create artificial time periods that offer rewards and punishments for student growth in reading?

You fail first grade if you don’t achieve everything that is outlined to learn within that time frame. What if in another month or two, or even another year you learned to read? What if it took you even longer than that? We are so intent on labeling children that we lose sight of the fundamental fact that each child learns differently at different rates?

Learning is organic, unique and different for each child, fueled by interest, creativity, and curiosity.  How better to kill that innate creativity and curiosity than to package learning into an adult-constructed box governed by our notion of value, time, and space.  The joy of learning becomes lost when it is packaged in evaluative terms, forced upon us, and given strict time limits.

The art of reading can be joyous, exhilarating, and frustrating at the same time. What would happen if we allowed children the opportunity to discover and perfect this art without quantifying, evaluating, or placing deadlines on it? What if we gave them as much time as they needed and supported them in whatever way necessary in order to achieve their goal of becoming a reader?

I will never give up this dream…NEVER! 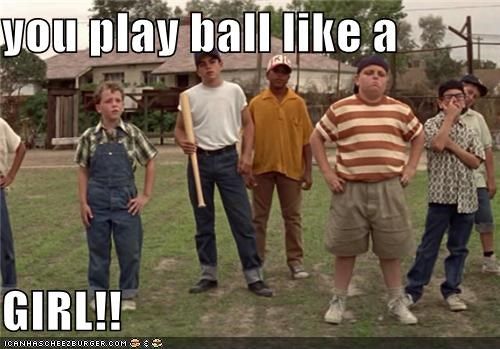 As a young child growing up in the city, I made friends with a few boys and girls in my neighborhood. From them, I learned hop-scotch, jump rope and how to play tag.  I taught them how to catch “lightning” bugs and look for worms. We played in the alley behind our houses and never ventured off too far.

The general rule of thumb given to us by our mothers, was to play close enough so that you can hear a call to come home.  We all knew to come home when the streetlights came on.  Most of the time, we had little problem following these rules except for an occasional forgetful moment when we missed the call because we were shouting or didn’t seem to notice that it was getting dark.

We made up our own “get-along” rules and mostly everyone agreed to follow them.  Occasionally, someone would get angry and an incident would occur.  One such incident happened when Stevie told me that girls can’t play baseball when I wanted to join an “all-boys” game that had started a few minutes before I arrived in the alley.

He decided to push me down to make his point. I was not usually aggressive, but somehow this perceived injustice led me to find a small brick on the ground, which I promptly hurled across third base where it made contact with the right side of Stevie’s forehead.  That obviously proved that I could throw and therefore play baseball with the boys, but I also realized that he was bleeding.

In an attempt to hide my shame for what I had done, I ran away from the alley to the front of my house where my mother and Stevie’s mother just happened to be sitting and chatting on the front porch steps.  I said my quick hello and flew past them up the stairs to my room to escape my demise.  As soon as I ascended the last few steps, I heard Stevie coming from the back of his house crying loudly that I had thrown a brick at him.

Needless to say, I learned the importance of a sincere apology, how to process my punishment of being grounded in the house for a few days, and how to negotiate conflict in a much more appropriate manner in the future.

From that point on, Stevie invited me to be on his team whenever the boys were playing baseball in the alley.  I literally bumped into Stevie many years later at an elementary school reunion and after discovering who he was, I apologized once again for what I had done.  He had no recollection of the event, but found the story quite amusing and admitted that even if he had remembered he would not likely repeat it for fear of repercussion from his friends and family that a little girl had “walloped” him.

When feasible, allowing a child to navigate conflict without immediately rushing to intervene, enables them to develop important decision making skills that can’t be learned any other way. I am not saying that I condone bullying, but when it happens, in some cases, it has the potential to teach important life lessons.

The natural process of how we learn is amazing.  How we think through difficult situations and problems, tackle a challenge or assess a threat, is quite unique and often depends upon what we have seen, heard, or experienced very early in life.  To be clear, I never saw anyone in my family throwing bricks at each other! I brought my own standard, (er…um…brick) to this particular situation. Thankfully, my standards have evolved and improved over time.